This is the fourth post about my trip to South Africa to volunteer with Volunteer Eco Students Abroad (VESA) in May/June 2019. The first three covered the volunteer projects I worked on, the rest are about the activities, tours, safaris and places visited.

One of the included activities was a boat cruise in the Saint Lucia Estuary – it was called the Hippo Cruise! There are hippos all around. They come up into town at night to graze and are very dangerous.

The cruise started late afternoon and lasted until sunset. There were several boats out doing cruises – I think there were a few different docks/companies on the estuary. It was like going whale watching – one boat would spot a group and then they all “chased” them to the spot. 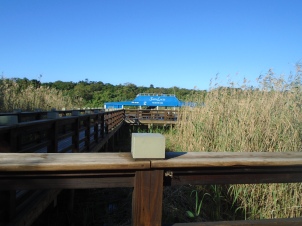 The boat has the blue canopy on it – I sat on the top level, basically the roof of the canopy. At first we didn’t see any wildlife.

They hang out in family groups and you have to watch out for the boss hippos! They are very territorial and defensive. 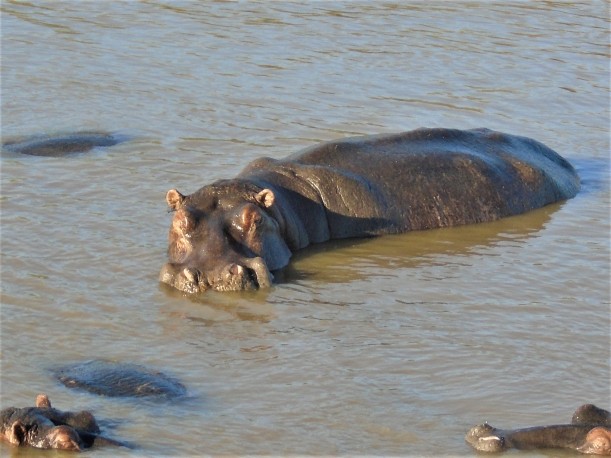 The boat zig-zagged back and forth and we saw lots of different groups. 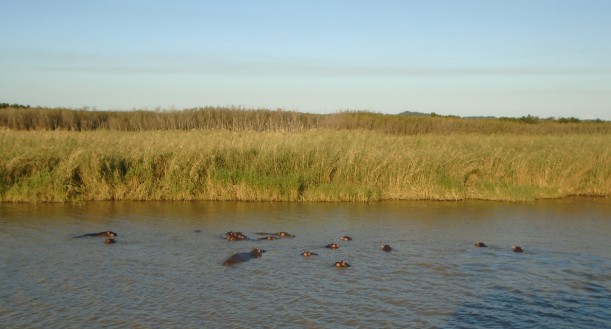 In the distance at one point we spotted a group starting to leave the water but another boat roared by and the hippos all rushed back into the water. By the time we got over there, they were all back in. And there were three very large crocodiles sunning themselves on the bank. 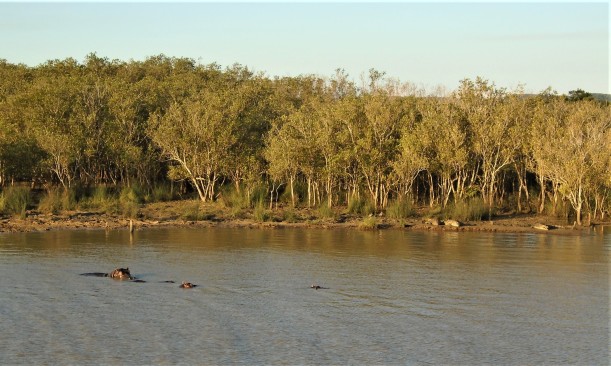 One guy had his mouth open…

The sun started setting as we were heading back to the dock.

At the Crocodile Centre they had a Hippo skeleton on display. 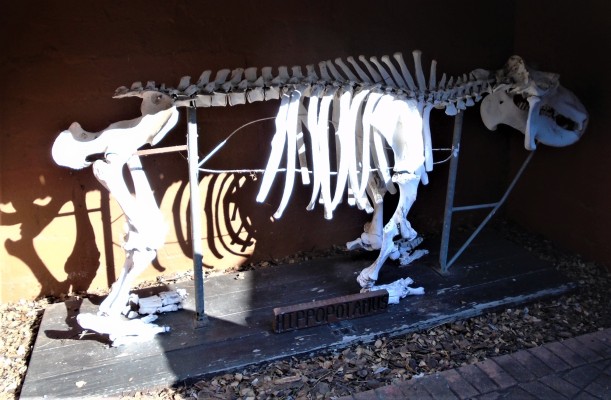 We also had a visit on another day to meet the iSangoma – a traditional Zulu healer.  She would do readings for us, for a fee, and there were really strict rules about how to sit (depending if you were married or not, etc.) how to address her, whether you could talk to her or not, etc. I didn’t bother with a reading but a lot in the group did, but most didn’t share what they were told.

When someone is drawn to study to become a healer they basically give up their life – closest comparison I can make is entering a nunnery in the old days. They become a conduit for the ancestors and that is their entire life from then on.

The woman in the red blanket with the drum is the iSangoma and the other lady is her apprentice.

We had Zulu lessons while we were in Saint Lucia but I found it difficult to remember. The only phrase/word I remember is “Ya-bo” which is basically an acknowledgement phrase. Sort of like “okay” – you say it to indicate you heard what the other person said to you, but won’t be responding in any other way. It got used a lot!

This photo is just one of my “arty” angles looking up through the tree we were sitting under. I liked the light effect coming through the leaves and the patterns they made. 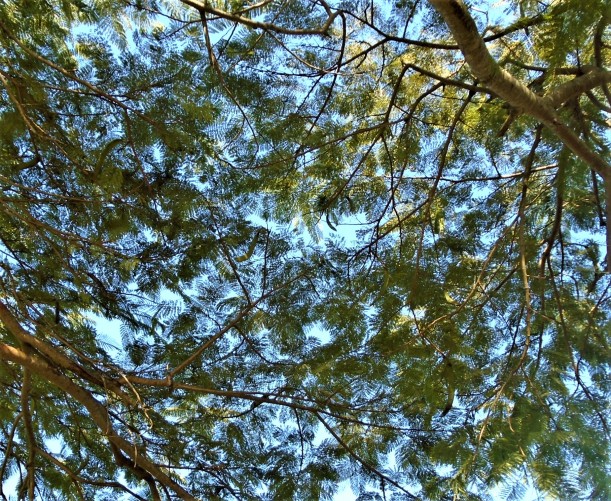 I’m going continue to keep my posts to a manageable length. My next one will be about my first game reserve safari… and… Elephants, Giraffe, more Rhinos and lots of antelope, amongst other creatures!

To find out more about VESA check out their website at www.vesabroad.org