This is the sixth post about my trip to South Africa to volunteer with Volunteer Eco Students Abroad (VESA) in May/June 2019. The first three covered the volunteer projects I worked on, the rest are about the activities, tours, safaris and places visited.

Back in Saint Lucia we had a chance to go on a Nature Walk in the Estuary one afternoon.

Our guide was a local expert who told us about the flora, fauna and how the estuary ended up being cut off from the sea – not naturally!

There had been an oil spill offshore and in order to protect the estuary the government brought in heavy equipment and filled in the openings. It was supposed to be temporary, but they didn’t have the funding to pay for removing the sand, so… it’s been left closed off from the ocean. There were major changes to the fish and wildlife once they were shut off, but nature adapts.

There was a boardwalk that went all the way out to the beach on the Indian Ocean. It was quite high in places and no handrails! I was walking really carefully as I have been known to trip over air and I did not want to end up in the murky mangrove swamp. It was a fair hike.

Along the way we had a good view of the area.

That ridge in the distance is where the lookout was that I went to on the Sunset Safari I posted about in an earlier post.

Once we got to the sand of the beach we started to see signs of wildlife. The guide told us these were Hyena tracks!

It is a quite spectacular beach – so big and deserted. Although, it does suffer from the typical mess of human plastics and waste. Why do people leave the liquor bottles on beaches?

I collected some shells, after asking our guide if it was permitted. I’ve been to lots of parks where you aren’t allowed to pick or remove things. He assured me it was okay. 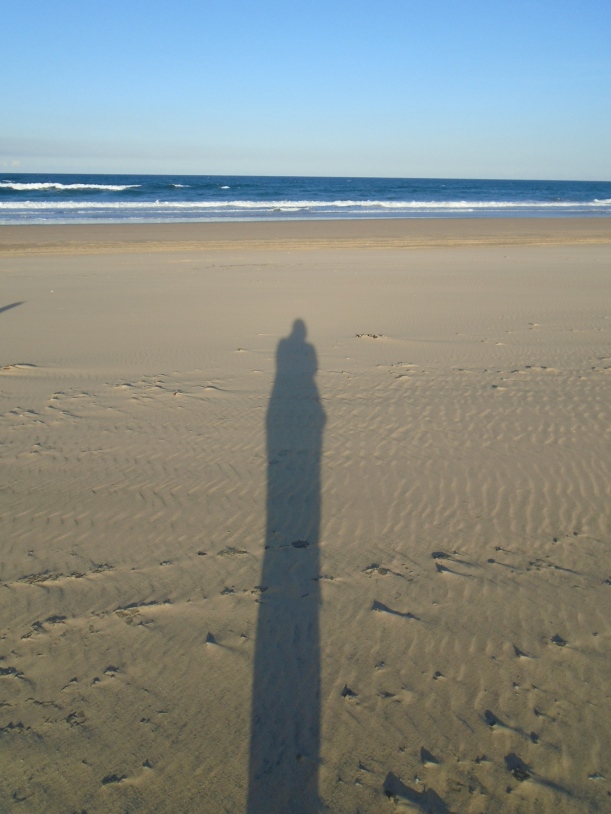 On the way back we passed a lot of monkeys. They were all over actually, but I hadn’t bothered with a photo until then. We were warned the night we arrived to hang onto our things and not leave anything outside as they would steal them!

The hostel we were staying was called BiBS Backpackers. It has self-contained units, cabins, hostel style rooms full of bunks and a campground.  It backed right onto the estuary and had a really high fence to keep the hippos out!

The night we arrived we were all assigned to accommodation. Initially I was put in with three girls in one of the hostel rooms… just a room with two sets of bunk beds and bins under the bottom ones that you could padlock to hold your stuff. The “facilities” were down the hall, around a corner and out into a courtyard… Through the door to the right was a couple of toilet stalls and a couple showers. No hooks, no shelves to put your things on. And the ground of the courtyard was sand. 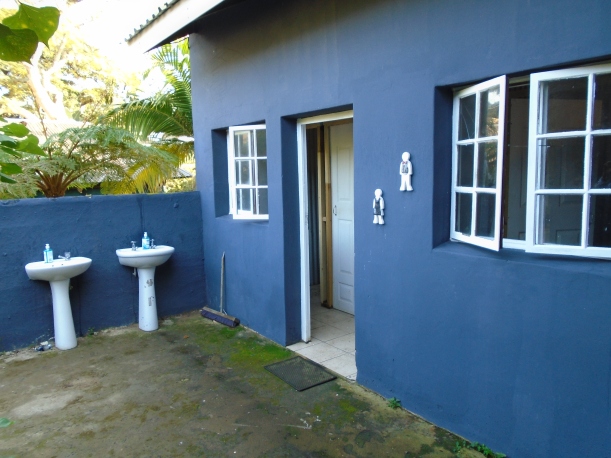 In the morning I was chatting with who I thought was the Cook as she’d met with us with special dietary needs the night before so I just assumed – turns out she was the owner -and the accommodations was one of the topics. I mentioned that I go to bed very early and also wake up super early so it was awkward trying to get up without waking the others. She told me to go see here when we got back from our project later.

When we got back she gave me a key and led me around to the other side of the compound to a private unit, with a bathroom and a shower! I have to say that age has its privileges. 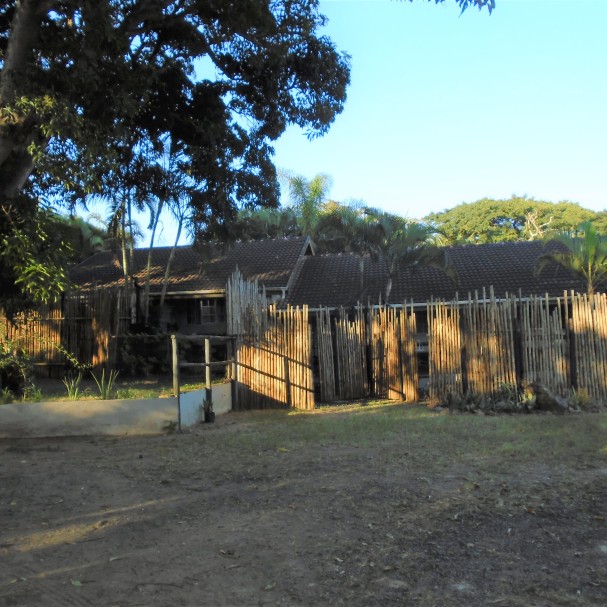 Mine is behind the fence to the left side. There was a porch and yard, bbq, outside kitchen set-up, inside there was a counter, fridge, bed, and the bathroom. Pretty comfy, and quiet. I slept really well there. Oh, and it had fans!!

I was very well treated and extremely grateful for it. She took great care to provide food that all the special diets could eat – Vegetarian, Vegan, Pescatarian, me who is LCHF, etc. And the food was good! One night she made me (and just me!) mutton curry! Was delicious. And my packed lunches were always great – fresh vegetables and protein.

The dining hall and kitchen were a building in the rough centre of the compound, down a sort of corridor of other building walls.

The dining hall was open air so there were often flying things!

This is Millie… she was a couple months old and had the run of the place. Appeared to be part Corgi and absolutely adorable. Everyone was her friend. 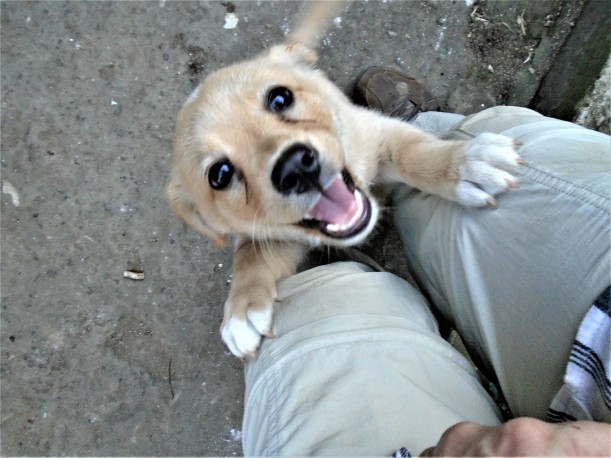 A couple of times I went down the street (with others!) and got a very excellent latte at a coffee shop. The whole group ate out at one of the restaurants one night… I actually am trying to remember what I had without consulting my journal… but, obviously it wasn’t memorable. I do remember it was missing items that were listed in the menu. They also had a party at a bar another night – I skipped that. I also skipped the beach day/bbq trip. I much preferred puttering and resting to either watching other people drink (I don’t drink) or spending a day on a beach.

There were a few interesting buildings along the strip where we were – being a tourist area.

This one also had a hippo on the porch, but he’s not really visible – right at the end of the railing on the left.

We spent ten days in Saint Lucia in total, then packed up and headed to Swaziland/eSwatini for the next adventure!

Next few posts will cover Swaziland/eSwatini and Mozambique. Totally amazing and unique experiences for me.