On March 28 we left Fes to drive to Erfoud.  This was the longest drive of the tour – approximately 8 hours with stops and lunch along the way. 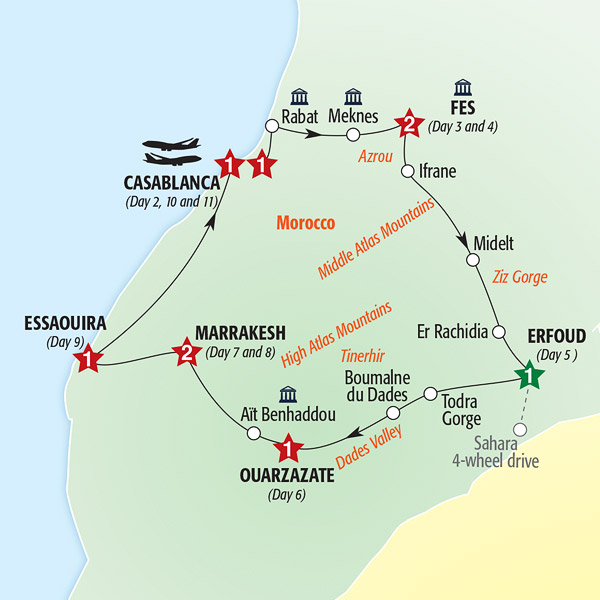 As we left Fes we drove past olive groves.  I loved the olives in Morocco – I ate assorted olives at every single meal.  So different than what we get at home in cans and jars! 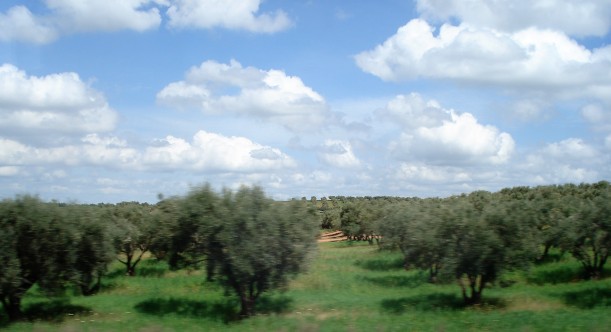 And this… guess what it is?

Did you guess?  It is a cell tower!  All over Morocco they are disguised as palm trees. Very tall palm trees.

A lot of the photos from this part of the tour were taken through the bus windows while moving, so that is why some have strange spots in them or reflections.

Our first rest stop was in Ifrane which is a ski resort.  I was completely surprised with it – not that I wasn’t aware there was snow in Morocco, I was, but that they had a ski resort that looked and felt like you were in the Swiss or German Alps! 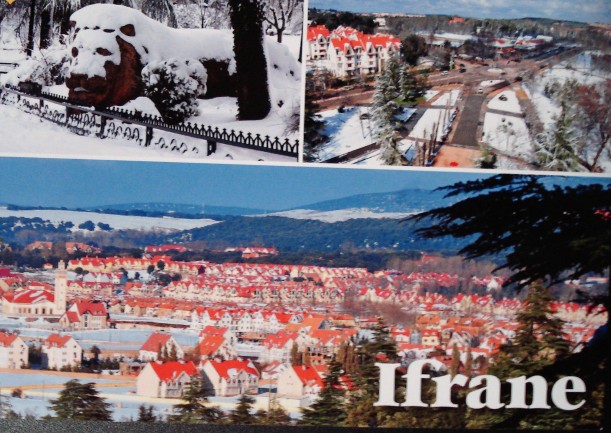 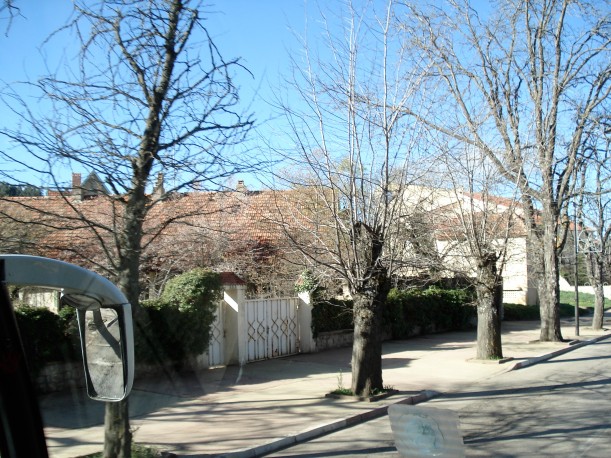 The air was cool and crisp and it was very pretty in that area – lots of chalets and rental properties.

We continued on and the next stop was to see some Barbary Apes – the same type that are in Gibraltar.  Najib had a bag of bananas and fed them.  I didn’t bother getting out.  I saw the apes in Gibraltar and they were nasty, so I thought staying in the bus was a better idea.  They steal things.  I took a photo of the sign at the stop – not sure what it is saying but liked that it was French and Arabic. 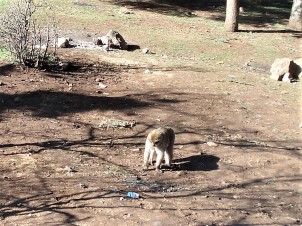 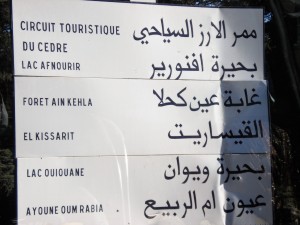 There was a fair amount of snow left at the higher elevations.  What I found really interesting is that they have permanent snow fences build out of concrete!  They were all along this section of highway on the plateau. 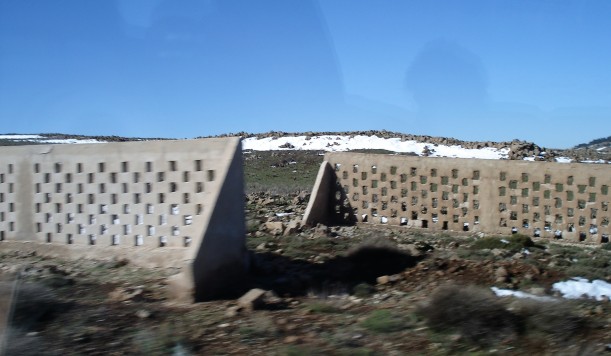 There were lots, and lots, and lots of sheep.  All the flocks had at least one person (shepherd) with them – none were enclosed in fences.  Come to think of it, there were very few fences in Morocco. 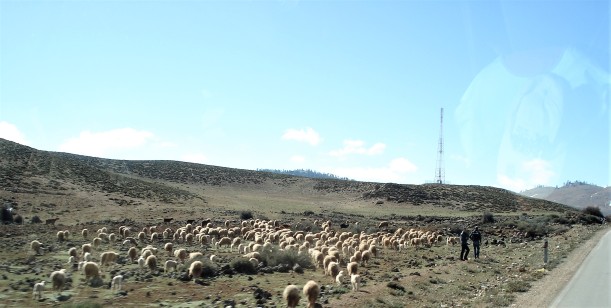 We then drove through cedar, pine and oak forests.  Some of the cedars were pretty big! We were told Morocco was known for its cedar – I did not know that. 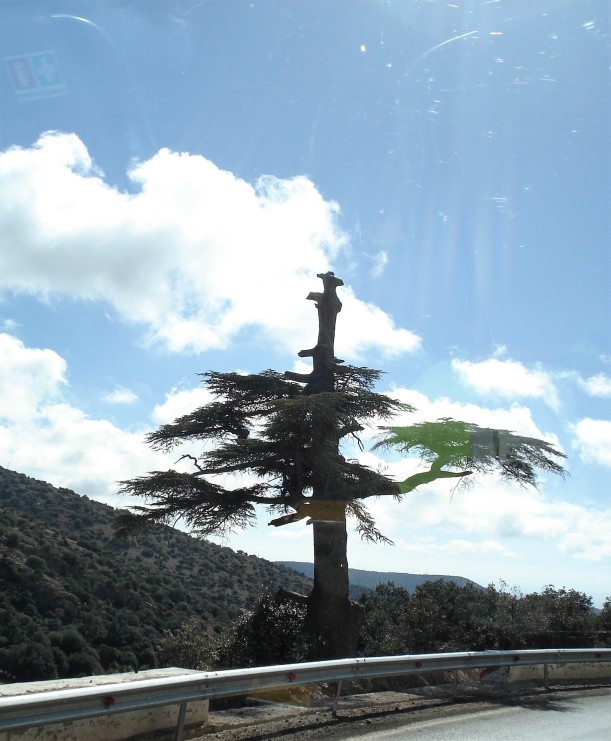 We were treated to a view of the High Atlas Mountains in the distance. 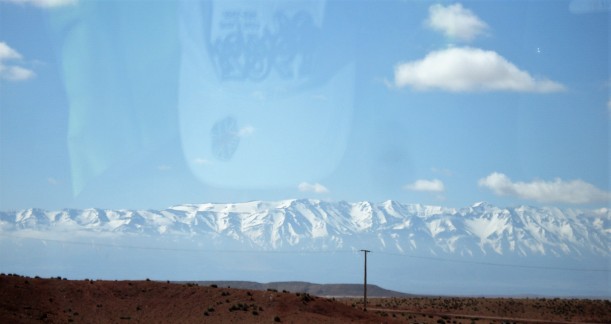 We stopped for lunch in Midelt which was a very nice town.  I didn’t take any photos there – the bus parked outside the restaurant, we ate, pit stop, then left. 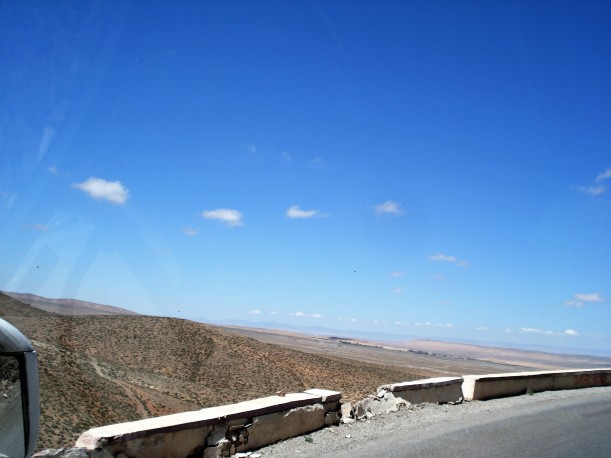 Some of the roads were a bit high and winding… and those gaps were disconcerting! Someone obviously smashed through them… there were a lot of gaps.

We then started to go through the Ziz Gorges – the Ziz is a river.  This was the first stop we made along it.  We stopped at a lookout on the highway.  Such a contrast of landscapes. 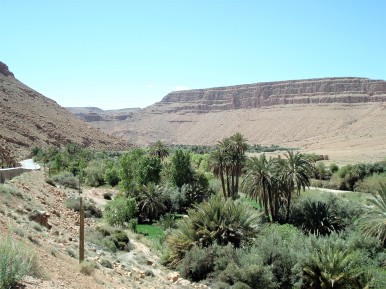 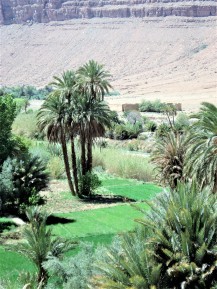 I call this shot “Midday at the Oasis” – one of only a few taken of me by someone else. 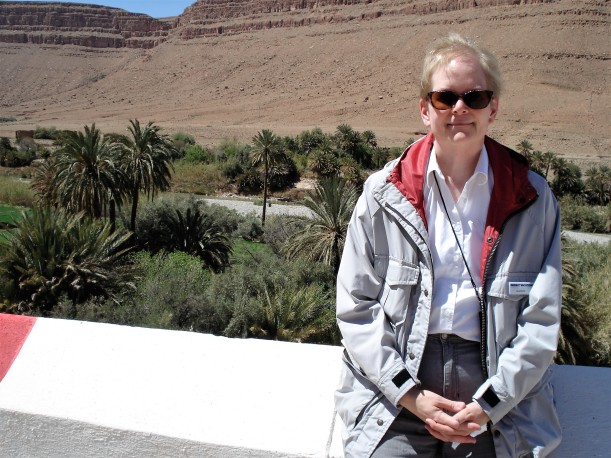 We continued on and stopped again over the gorge near Errachidia.  This valley was full of date palms.  Najib said these were the top grade of dates – Majoul.

This abandoned house was overlooking the above view.  Apparently families will leave a house, but often the children or grandchildren will eventually go back and start using it again.  The property stays with the families. 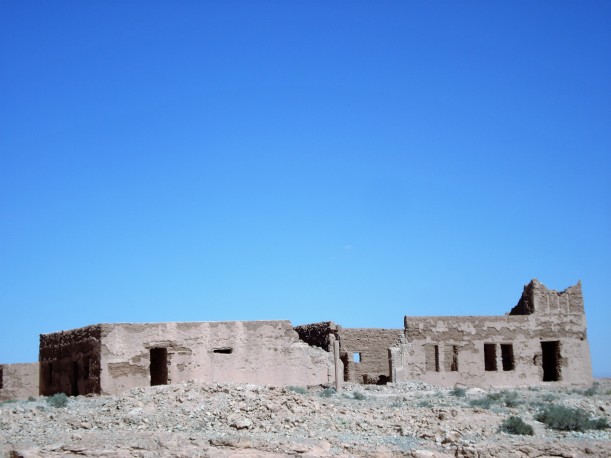 We continued along the Ziz Valley, then were driving along a dry plateau, which got drier as we went along… And then… we got our first glimpse of the dunes of the Sahara off in the distance! 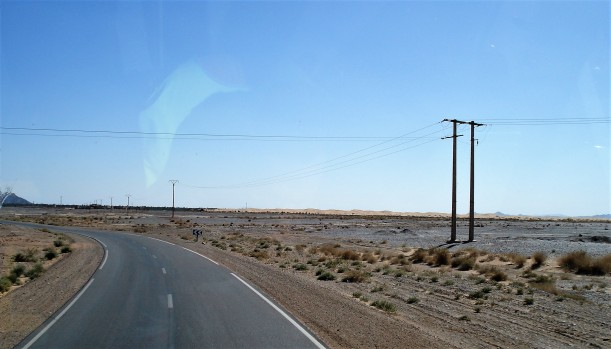 To continue this day’s adventures the first post of My Moroccan Adventure: The Sahara Desert covers it here!