I have mentioned, often, how disappointing low carb recipes for “bread” have been.  I gave up trying for the most part.  But I saw some recipes for baking powder biscuits that might be okay… and I still miss baked goods.

I had the ingredients so… what the heck.  Worse case I would have crumbs to use with other stuff to make a crust for a pizza (like I did with my crumbled waffles!)

I scoped out a bunch of different recipes… some had stuff in them I don’t use or want to use, others added sweeteners.  A lot used butter and seasonings to brush on top after they were baked which I didn’t think was needed.  Lots included cheese and garlic to replicate biscuits from a restaurant chain.

I just wanted plain old baking powder biscuits. I used to just whip them up in the old days – no recipe needed.  But for this first attempt I looked at several of the ones I found and took what I wanted out of them and left out the rest.  I adjusted the measurements a bit too (I see no point in leaving 1/4 tablespoon of left over something!)

As I had sour cream in the fridge I used that.  Some recipes I looked at used cream cheese instead.

2 tablespoons (heaping) of baking powder (I use Magic Brand)

This recipe actually made ten decent sized biscuits. (I ate two before I took the photo – wasn’t sure if it was a photo worthy recipe!) 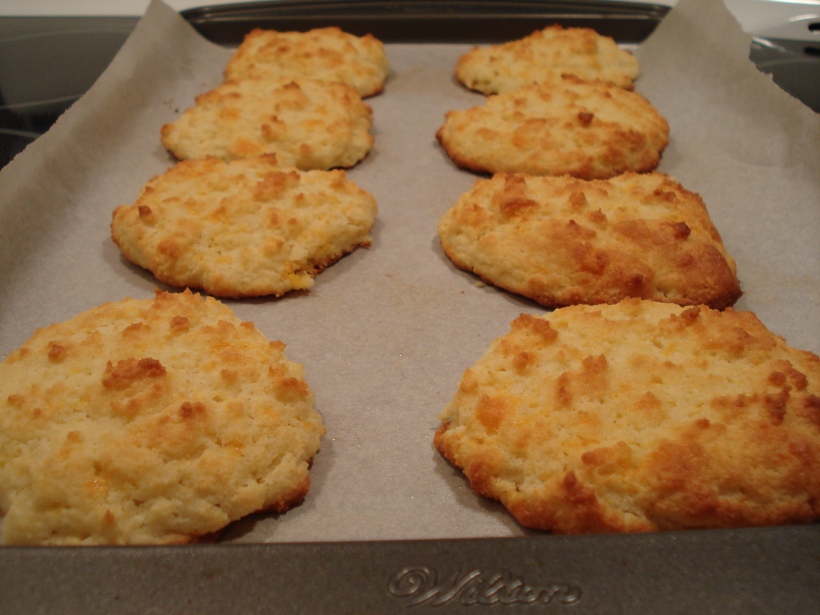 The came out pretty flat but OMG!!  They ARE baking powder biscuits!  Taste like them, act like them. I am so happy!  I didn’t bother slicing them open to eat, just slathered butter on top of the hot from the oven ones I ate. 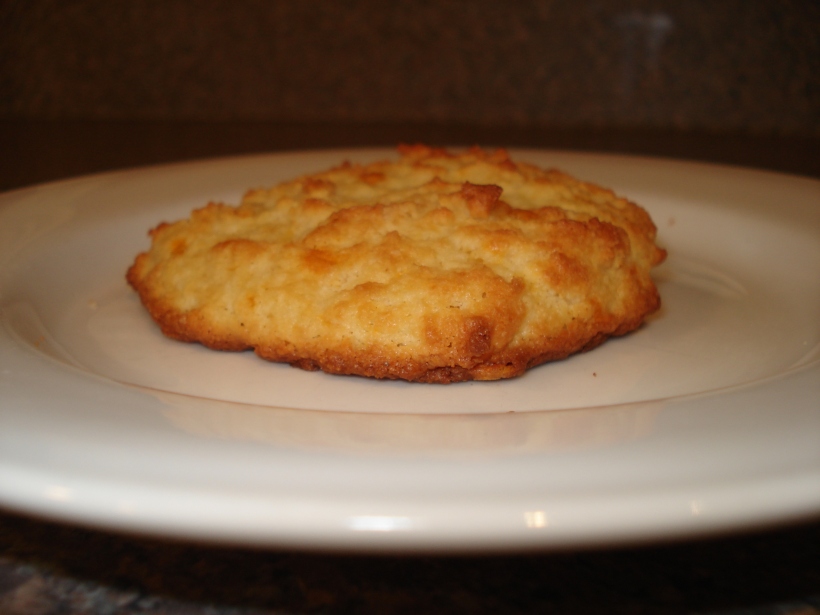 They fit in the toaster perfectly and were great over the next four days!  Just put the toaster at the lowest setting – it is nut flour so it burns fast!

I ate them plain with butter; with an over-easy egg; with scrambled eggs and cheese; and with ham and mustard!  They held up great for a sandwich – didn’t crumble.

I am making a couple batches to freeze.  As they toast up so well that will be great to grab for a quick meal or snack!

I’m also going to try to make a larger “crust” out of this recipe to use for a pizza crust or maybe a pot pie topper?  Oh the possibilities!  I though about dumplings but don’t think it will stand up to the liquids.  I’ll post about what works out!

So... I bought a thing. Looks like a kiln... guess I'm really REALLY getting into fused glass art! #fusedglass #hobbykiln #kilnfusedglass #glassartist #multidisciplinaryartist
My current project - creating a clock face in fused glass. Base circle is approx 10" and it is/will be a climbing rose on a trellis. This is after two contour firings. Next step is the rose buds and more leaves in a tack fuse - as long as I can cut them straight! Will be for sale - once all the glass work is done and the mechanism put in place. #fusedglass #fusedglassart #fusedglassartist #multidisciplinaryartist #artclock #wallclock
I was given a vintage Derwent studio pencil set! Case and trays are wood and the pencils in original condition. Such a lovely gift to receive as a thank you for something I enjoyed doing. Quite excited to start playing with them! These are the art supplies you dream about but can't afford to get yourself! #derwentpencils #Derwent
The Grauer’s Gorilla (Eastern Lowland Gorilla) is one of the species included in my "Anthropocene of the Crime" thesis project, done in acrylics on a 5x7" illustration board. The largest living primate - adult males can be as large as 6’5″ tall (1.96 metres). They are currently classified as Critically Endangered on the IUCN Red List. Their threats are human modification of habitat; war and civil unrest; illegal hunting, poaching, live animal trade; invasive species and disease; climate change and severe weather.. For more information check out my blog at: https://anthropoceneofthecrime.wordpress.com/2021/05/30/grauers-gorilla-eastern-lowland-gorilla/