Another year of Halloween appointments completed.  This year was a bit rough for me as I am still struggling with my gallbladder pain (surgery is scheduled in EIGHT MORE SLEEPS!) As I wasn’t driving I was able to take my pain pills so it was reasonably tolerable (most of the time.)

This was the first year that there were no no-shows, so thank you to my clients – and the ones who called to cancel.  It made planning my day and filling open spots so much easier!

My first appointments this year were on Thursday afternoon, then all through the day Friday, solid on Saturday until 10 p.m. – thankfully Sunday was free from appointments but spent prepping for a special effects job – and then Monday, Halloween, with more bookings.

There were a lot of skulls.  Every year there are skulls. This year most of what I did was skulls… sugar skulls, half-skulls, full skulls, demonic skulls… with a few other things.  And one special effects zombie.  Five years ago it was the other way around – lots of special effects zombies and a couple skulls.  Guess tastes change.  Or overexposure on social media.

So here is a selection of what I did this year.

This first one won Scariest Costume (client emailed me to let me know!) 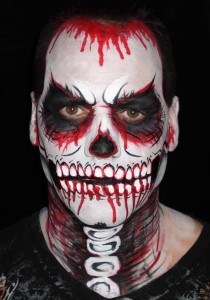 These next ones were a few of the ones done at at Muskoseepi Park for their annual Halloween Spooktacular. 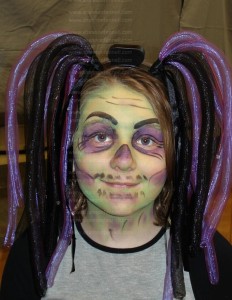 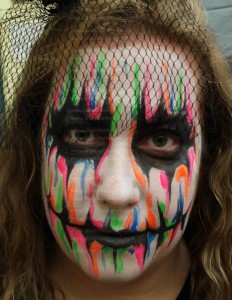 And a sampling of the skulls done over the weekend: 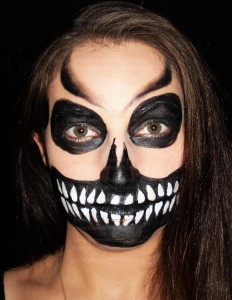 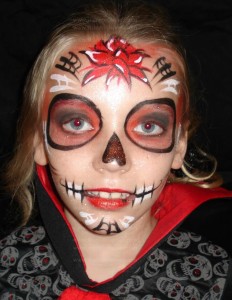 And some of the usual suspects… 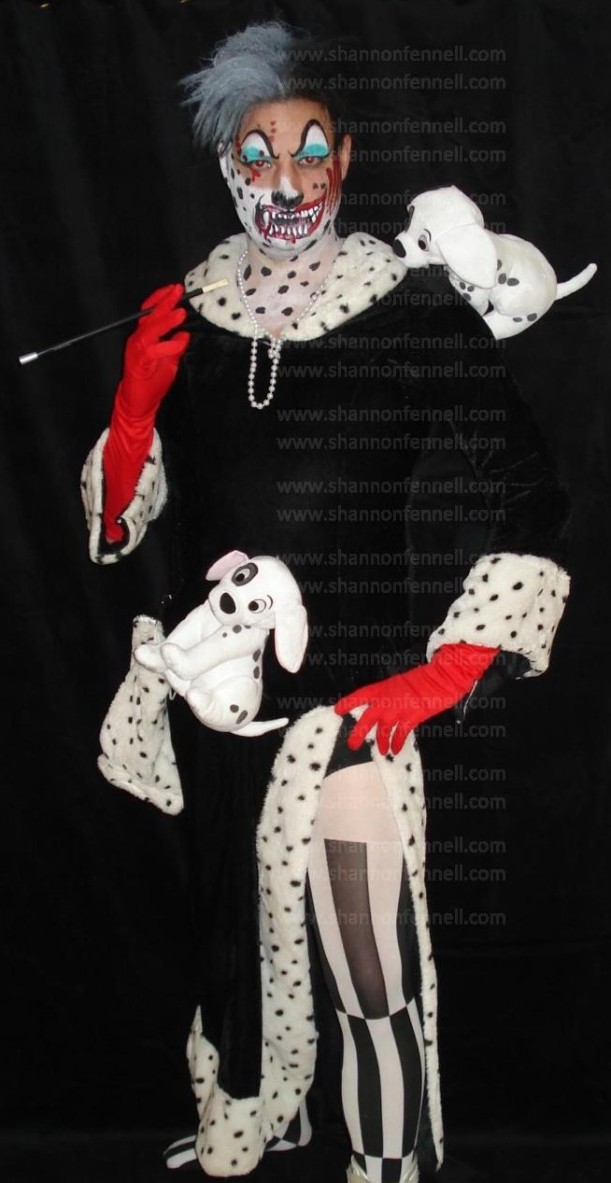 And the last one to share today, a little raccoon ready for trick-or-treating!