I really hate it when I buy something that sounds really tasty and it is totally tasteless and the texture is unpleasant.  Even more when I bought the package at Costco and have more of it to deal with!

Case in point:  Sausages.  I bought a pack of three vacuum sealed packages of sausages (brat or smokey sized style) at Costco, and I separated them from each other to put in the freezer, in the process I threw out the cardboard sleeve that was wrapped around them.  The individual packages of four sausages have no label.  So… I can’t remember what they were supposed to be.  I would not have bought something that didn’t sound like it would be good.

Last night I decided to have sausages and salad for dinner.  They were awful.  I baked them in the oven and there was a lot of red oil coming out of them, and they were quite red colour (I suspect “sun-dried tomato” may be involved?)  I cut them up and inside were green bits of something I couldn’t identify.  There was no discernible flavour to any of it.  The stuffing was quite loose and the meat crumbled out of the casing.

I ate part of one and stuck the rest in the fridge to figure out what to do with them.  I hate wasting food.

My sister suggested they might be mild Italian sausage.  Possibly, but I normally don’t buy Italian sausage – so maybe it was a flavoured version?  Whatever it is I hope I NEVER buy it again.  I do remember the packaging at least, so I should be safe.

Hash is easy and is a great Sunday brunch.  And seeing as my fridge is full of all sorts of vegetables I had lots to choose from.

I  diced up some celery, green pepper, onion, cauliflower, pattypan squash, mushrooms, and chopped up all the leftover sausage.  I had about a half a cup to a cup of each vegetable and three chopped up sausages – it is hash, the amounts don’t really matter.  This amount made two meals for me.  One this morning and leftovers for tomorrow.

I heated up my pan and added peanut oil then started with the onions, peppers and celery with a teaspoon of diced garlic (I have a big jar of diced garlic in the fridge). 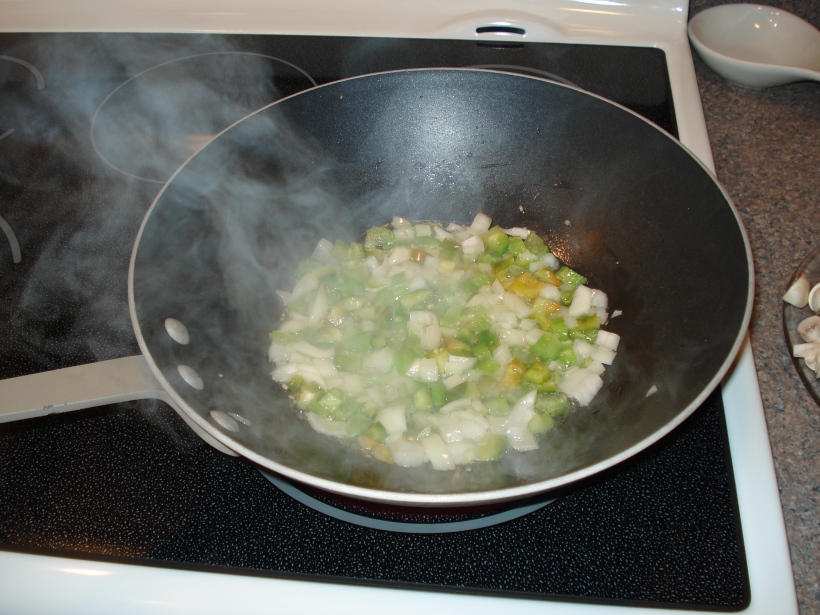 Once they were sweating down I added the sausage meat and cauliflower.  I let that start to brown a bit and put a lid on to get the veggies cooked. 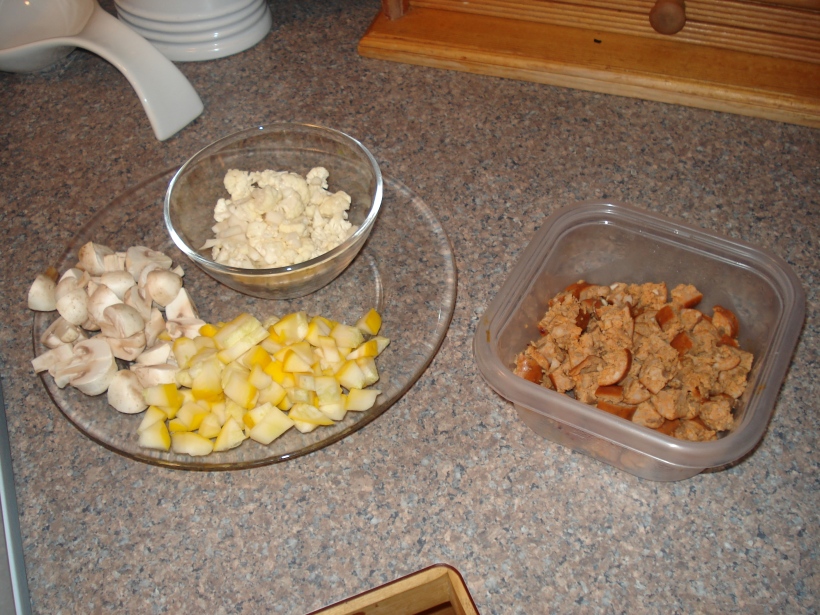 Then I added the mushrooms and squash, and some Montreal Steak Spice and salt, stirred and put the lid back on.

It needed quite a bit of salt actually.  I added it three times! 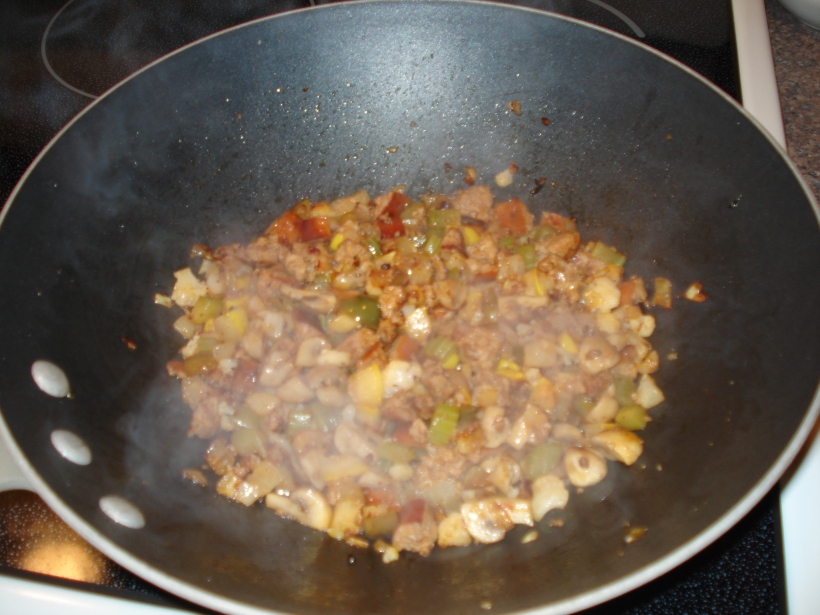 I topped it off with a fried egg (fried in butter of course.)

It was good.  And thankfully the sausages didn’t ruin it, so I have a way to use up the rest of them

It would be even better with sausages that taste good, or left over roast, chicken, etc!